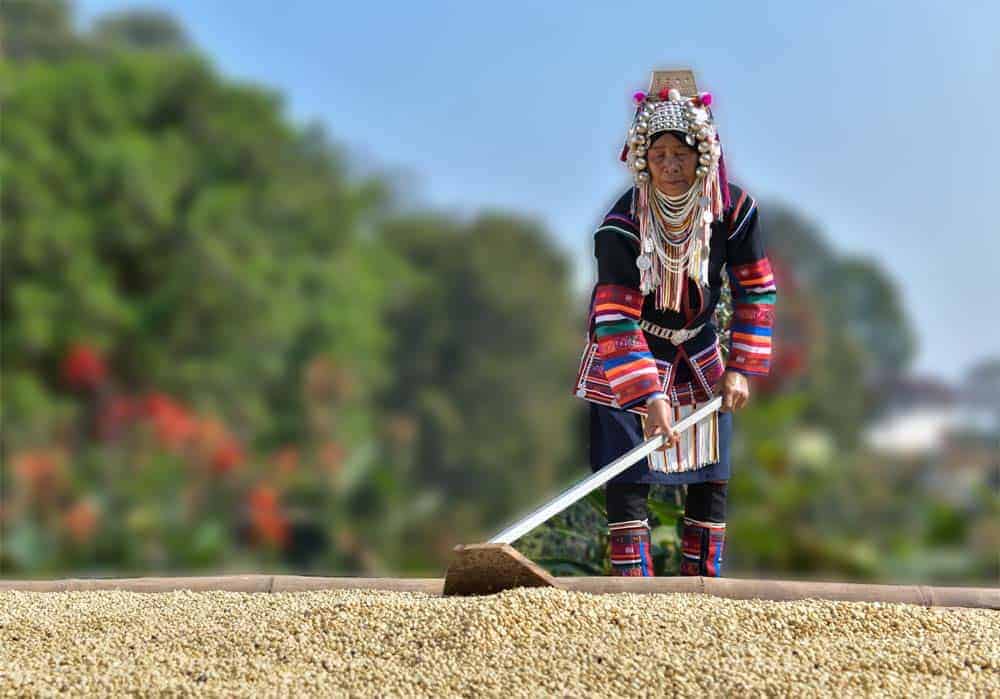 You have surely heard of the Trojan war in Greek mythology. But surely you will raise your eyebrows if asked about the Toraja war! If your wild guess tells you it’s some kind of war on kingdoms and all, you are wrong.

This war was fought over coffee! Yes, out of all the crucial and vital reasons for engaging in a battle, some people decided to shed blood over coffee beans! Here’s how things escalated.

Toraja Coffee – The Coffee That Started A War

Toraja is a special breed of coffee that is found in the South Sulawesi region in Indonesia. It’s a mountainous area that is primarily inhabited by Toraja ethnic group. Although almost 90% of coffee beans that are produced in Indonesia are Robusta, this one here is an Arabica. But it’s sweeter and more flavored than any other Arabica coffee beans.

It all began from a little tiny place in South Sulawesi in Indonesia. The place is situated 1500 meters above sea level, and it’s a perfect hilly land that opens the beauty of the mountainous Indonesian lands.

The land had seen perfectly measured rainfall and temperature. Its soil was less acidic, and above all, it was a hilly region. Considering all these, Toraja was a perfect place to produce coffee beans.

And that’s nothing exaggerated. Indonesia is still known for some of the perfect lands for growing some of the finest coffee beans in the world. So was the perfection of Toraja land.

At that time, coffee was not what we perceived it today. It was a complete luxury item. Now, we are talking about the late 1700s. People were just becoming familiar with such a drink named coffee. So only the privileged were in a position to taste the magical drink.

Coffee beans were first brought to Toraja in the year 1986. Farmers in Toraja found it very suitable to produce there, and they started to invest their skills in it.

At this time, something strange happened. A deadly plant disease known as the rust disease broke out in different coffee plants in Java. It was caused by pathogenic fungi that brought coffee production to a standstill. The entire world was affected by it as coffee was supplied from Java to many places around the world.

Now, some bad news for one part of the world may turn out to be a ray of hope in another. This is what happened to the coffee farmers in Toraja. They found it to be an ample and lifetime opportunity to take full advantage of this scarcity and make a good profit out of it.

But little did they know, this was a spark that was about to light wildfire in the coming days. They were only awaiting a battle between the people of Toraja against one of Indonesia’s largest ethnic groups – the Buginese.

The Battle of Coffee

Now, on the one hand, there was a scarcity of coffee beans due to the rust disease. On the other hand, Toraja lands were fertile and started producing coffee beans in numbers. So all of a sudden, Toraja was a land of interest for many.

This is all because of the financial benefit that coffee beans in Toraja were promising to yield. Everybody involved in this coffee production was getting interested in gaining control over the lands to reap maximum benefits out of it.

It became a valuable coffee. Every stakeholder group of the entire supply chain went hungry to have a share of their own in this new kingdom. But the Buginese group, who were quite powerful at that time, went ahead in taking things to the next level.

They attempted to take over the entire control of the land and the beans, and eventually, in 1890, they went to conquer Toraja. It sparked war and unleashed hell. Although the battel may have taken different routes by the course of time, it’s the coffee bean that is the sole reason behind this war.

Because of the war, it was reported that the Toraja coffee was driven out of the market. It completely disappeared from the market due to the battle. Although it is brought back again decades later by the Indonesian government, it still can’t remove its name’s deadly history.

That’s why the Indonesians still call this coffee by the name Peran Kopi, which clearly translates into English as the ‘War Coffee’.

Long gone are the days of the war. Now Toraja is back to business and is quite easily available, especially in Indonesia. Today, Toraja is marked under the GI certification. This means that the coffee is protected under the Geographical Indication Protection system.

It’s kind of a patent for being something of a specific origin. The certification means that the coffee is specifically produced in Toraja. It has some certain distinctive qualities, and it is produced under the care of specialized farmers who are experts in this production. In a nutshell, it refers to its traditional reputation to the global audience.

As a result, the coffee name Toraja can never be misused or exploited by anyone in the world, and it can preserve its authenticity forever. It ensures that it is a world-class product that is produced under a strict production process.

This made sure that the coffee can never be claimed to be produced in any other region in the globe except for hilly lands in Toraja.

Today, Toraja coffee is still considered one of the rarest and most sought after coffee beans in the history of the world. It is still grown by independent farmers in the hilly sides of Toraja. Still today, they handpick the beans and store them by using their hands only.

That’s why the production is quite less compared to other general types of Arabica coffee beans found in different parts of the world.

It ensures a blend of sweet and spicy flavor that is impossible to find in any other blend. That’s what mesmerizes coffee lovers around the world, and that’s what makes Toraja, the war coffee, a unique one.