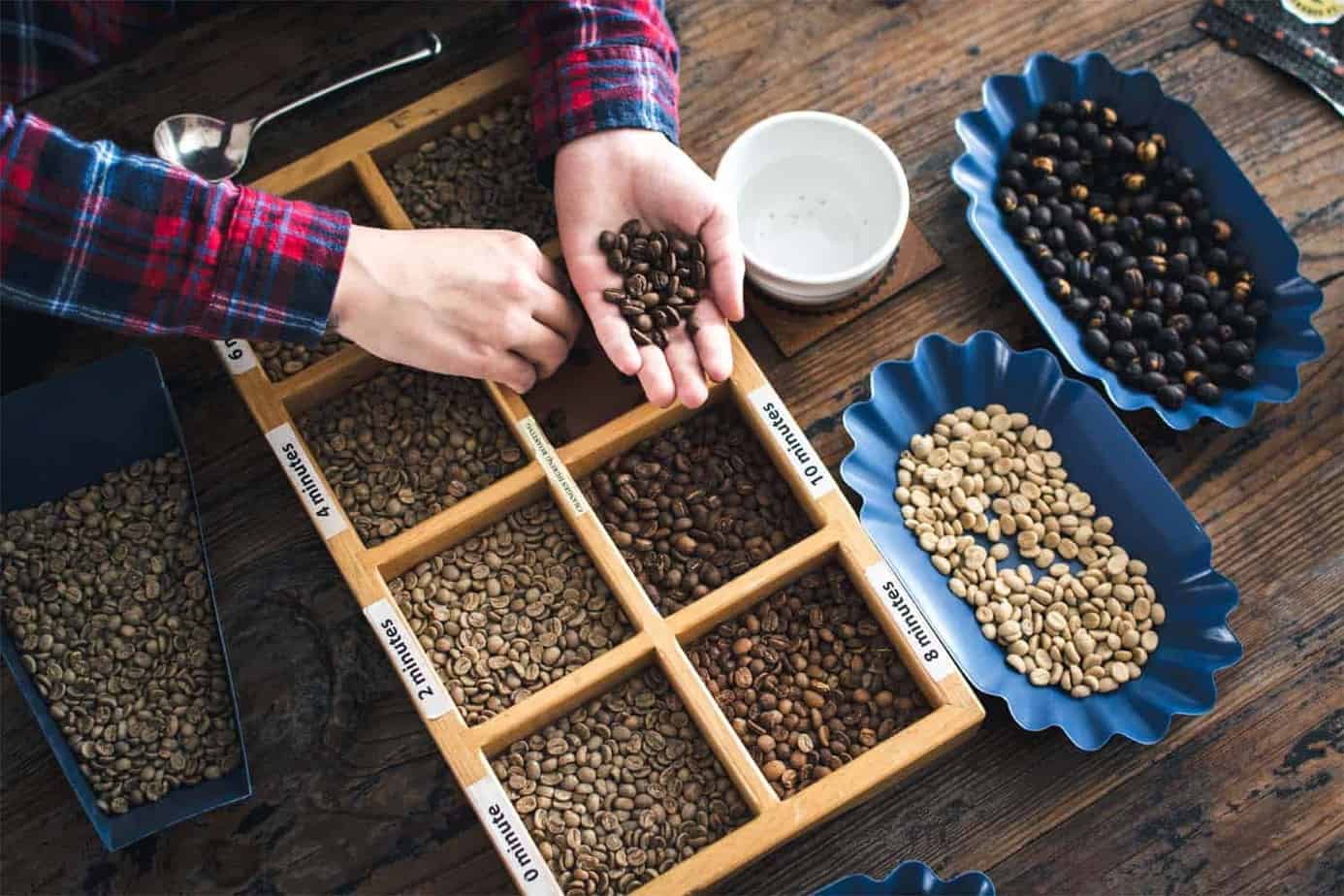 If magic potions were actually found in real life, we’re pretty sure coffee would be one of them. Very few drinks discovered on earth are as energizing and refreshing as coffee. It truly enchants a hidden magic spell that instantly boosts up our metabolism and gives our tired physique a quick reboot. Before purchasing coffee, you should know the different type of coffee beans.

But how many of us know exactly what we are drinking? Since the first discovery in the 15th century Yemen, coffee has been in production in 70 different countries around the globe. Every single breed of coffee bean comes with its unique taste and flavor.

So to meet the quest for knowledge on coffee, we will be talking about the four most popular coffee bean breeds in the world.

Here’s a discussion on beans!

Apart from the need to have the general knowledge for being a coffee lover, the idea of different types of coffee can give you many more advantages. If you know how far the flavor differs in different coffee bean types, you can make an instant decision on which coffee to have.

Depending on your mood and physical condition, different coffee can have a diverse effect on your physical system. Only when you know what you are about to have can it make a huge difference in refreshing your mind.

Plus, if you are to entertain guests that are from certain backgrounds and countries, you can tell which guest would love which type of coffee. So, yes, knowing the difference among varieties of coffee beans do have a lot of perks.

The 4 Main Types of Coffee Beans

Although there are a lot of coffee bean breeds around the world, we will be focusing on 4 of the most consumed and celebrated beans in this piece. These 4 beans are commonly known as

In the following sections, we will be discussing all these types in detail.

When it comes to discussing different types of coffee beans,  you should discuss, first of all, the most popular Arabic coffee.

Also known as the Coffea Arabica, this is one of the most commonly found coffee beans on this planet. The Arabica comprises 60% of the entire coffee beans produced in the world right now. Originally produced in Ethiopia, the beans are now massively produced in South America and Africa.

Arabica is well-produced in areas that see steady rainfall throughout the year. In addition to that, it needs quite a good amount of shade, as well. The trees are quite easy to take care of as they are not much taller than 6 feet. So it’s easy to prune and cut branches and make sure these are in optimum condition.

There are different types of Arabic coffee roasting available in the market. Medium roast Arabica coffee one of them; you may read the article.

You can tell if the bean is Arabica by looking at the bright body it comes with. It will have a good amount of acidity with it, and you can see a multi-layered sophistication of aromas.

The worst part is, the taste and flavor get ruined if you keep it cold. So, you need to brew and make it as hot coffee every time you need to have a sip.

Secondly, we discuss different types of coffee beans that are robusta coffee. Also known as the Coffea canephora, the Robusta coffee bean has a lot to do with the name it comes with. It’s pretty robust and hard if you can feel it.

In the case of production quantity around the globe, it comes second after Arabica. Being robust, the Robusta beans are pretty strongly immune to diseases. But that has some good reasons, as well. Compared to Arabica, Robusta beans come with a lot of caffeine.

To be specific, the caffeine is almost double the amount of Arabica. This caffeine is kind of a self-defense mechanism for the plants. This is what makes Robusta robust.

When you see a Robusta bean, you can tell it by the smooth texture it comes with. It also has a low acidity rate and often can come with a bit of chocolate flavor.

Due to its popularity, some farmers are also producing this bean in different areas where it is not favorable for it to grow. If your Robusta coffee tastes rubbery and pale, it means you have been scammed by these farmers.

Cannot conclude the discussion of the different type of coffee beans unless we discuss ‍Liberice coffee.

The Coffea liberica, popularly known as just Liberica, is kind of hard to find nowadays. But historically, this coffee bean has its own place. Due to Coffee rust, almost 90% of the world’s Arabica coffee bean stock was hampered.

Countries were constantly trying to find an alternative, and the Philippines successfully made a new bean from the Liberica plant.

But after Philipines broke up with the US later on, the bean production was hampered, and it didn’t appear after 1955 on a large scale.

Physically, Liberica beans are larger than regular coffee beans. Unlike the usual oval shape, the Liberica beans have no specific shape. It comes with a mesmerizing aroma and a smoky flavor that may taste woody to many.

Finally, we will present in the discourses of different type of coffee beans that are Excelsa Coffee.  Usually known as Coffea Excelsa, this is a new member of the Liberica bean family. That’s the reason it has another name – Coffea Liberica var.

Dewevrei. Although it is considered as a family member of Liberica, the difference between the two is ample.

The diversity is quite a lot, so much that some of the researchers are not even ready to call it a family member of Liberica, but a separate species.

Then why is it called a family member of Liberica? Well, the primary reason is that the Excelsa is grown on a similar tree, like the Liberica’s. The tree size is 20 to 30 feet high. Plus, the growing altitude is also pretty similar.

On the other hand, the shape of the bean is also pretty much similar to Liberica. That same almond-like irregular shape. Although the bean is hardly used as a separate coffee flavor nowadays, the most common way of utilizing it is using in blends.

This is done only to add a different flavor to the coffee blend. Individually, the production amount of this coffee bean is hardly around 7% of the global production of different coffee beans.

It’s always great to know about what we are having, eating, or drinking. Apart from the fact that it makes us more curious about food or drink, it also helps us to treat our guests in a different and unique way.

Knowing about different types of coffee beans can make it really interesting for you the next time you have a sip with your friends.